The British multinational services company which provides global aviation support and aftermarket services to the business and general aviation (or B&GA) markets in the United Kingdom, Europe, North America, and internationally – just recently acquired EPIC Fuels for US $88.1 million.

EPIC provides fuel and fuel related services at 205 privately owned independent FBO locations, and 185 of these locations are branded EPIC, and 20 are branded UVAir.

With BBA Aviation’s very own Signature Flight Support where they provide premium, full service flight support to owners and operators of private and business aircraft worldwide, the acquisition of EPIC Fuels will significantly extend the Signature’s network relevance (of over 400 FBO locations), and the range of services it can offer.

The addition of 205 FBO locations is complementary, to say the very least, as it establishes a virtual, non-owner, network to operate alongside the market-leading owned FBO network.

Mark Johnstone, BBA Aviation Group Chief Executive expressed his delight, saying, “We are pleased to have reached an agreement to acquire EPIC.. This acquisition fully supports the strategic development of Signature through increasing our network relevance, extending the range of fuel and non-fuel services we offer our customers across our unique FBO network and continuing to establish a competitive cost structure through investment in technology and economies of scale.”

EPIC is expected to contribute a significant revenue of around $400 million, in the first full year of ownership, and also expected to achieve BBA’s ROIC target threshold of 12% by year three. The recent acquisition is subject to certain governmental and regulatory approvals, and is expected to be complete in the third quarter of 2018.

The value of the artwork, captured

Just last year, 2017, they have made significant progress on the commercial transition of the enlarged Signature network, invested to position the network for future growth (which is realized in the EPIC acquisition), continued to actively grow Ontic, achieved a steady state at ERO, and determined the most appropriate capital structure for the group going forward.

The multinational aviation services company had over:

$360.6 million in underlying operating profit, which continued operations up by 19%;

24.0c in adjusted underlying EPS, which continued operations up by 24%; and

BBA Aviation is primarily focused on providing services to global Business & General Aviation (B&GA) customers. In fact, 88% of its revenue comes from this market.

Ontic has a wider customer base, supporting maturing and legacy aerospace platforms in the global commercial and military markets, with a low single digit exposure to the B&GA market. While principally focused on B&GA, Engine Repair & Overhaul (ERO) also provides services to regional commercial operators flying with engines in the sub-20,000 lb thrust category.

Tue Jan 24 , 2023
Up until the break of the brand new millennium, enterprise travel has always seemed to be more of a burden of business expenses and earnings. We offer an thrilling range of tailor-made group holidays, day trips and group excursions by coach, practice or air. These movies present interviews with the […] 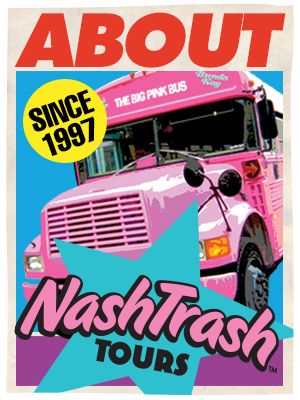